Will Peach on Google +

So the stage is set, your blog is up and running and your wise words of travel wisdom are flowing. But how to get people to read or even care about your little corner of the Internet? One thing’s for sure, it’s boring when nobody’s listening.

Thankfully though you’ve got one of travel blogging’s most notorious characters at your disposal, one that shouts louder than most to get himself heard.

The man in question? Myself of course.

Ah, traffic. That golden beacon that every blogger under the sun desires. If only it were easy, if only there was a formula for full-proof travel blogging growth. If only someone wrapped it up all nice in an eBook and shifted a dozen units of it per day while watching their Google analytics burst at the seams and rain down upon the internet. If only.

The truth is that trumping traffic needn’t be too tricky. All you need is a smart, informed approach and a willingness to take a few risks. Here are a few quick tips to help get you thinking about how best to attract an audience to your wacky globe-trotting warblings.

If I read another instructional blogging article that cites that magic phrase “content is king” I swear I’m going to tear off my sex organ and throw it with fury off of my Bangkok balcony. Trouble is though, there aren’t many better ways to say it.

Creating content, the type of articles that answer questions that people are going to search, or stuff that creates a stir, is always going to gain traction. Case in point? My anti-travel blogging conference post, which caused such a ruckus at TBEX it actually lead to my subsequent appointment as a speaker.

Think outside the box, don’t pander to the masses and come up with unique stuff. That’s the biggest and best way to gain a sizeable audience. 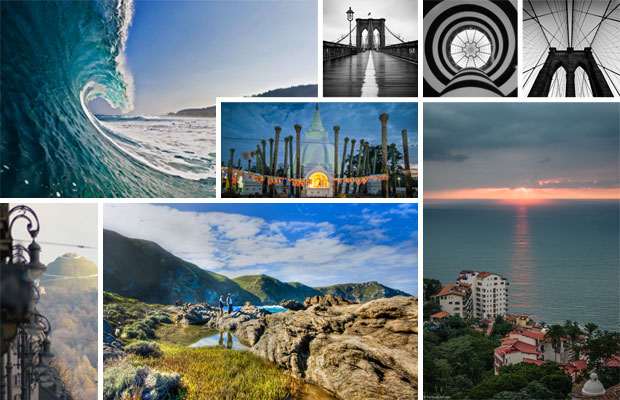 Some travel bloggers, those with serious photography chops, might not be able to write for beans but get plenty of traffic thanks to their sexy shots alone. Publishing your best snaps in your posts and uploading them in lots of different places on the web (think Flickr, photography forums, SmugMug and more) can take your traffic places, fast.

If you spend enough time reading as much as blogging, it’s not going to be any skin off your nose to leave a few well-written comments on posts you dig each day. Not only does this help ingratiate you to the community but it also helps build up your own domain authority and ranking power within the engines (more on that later).

Networking with Brevity and Grace

Emailing all and sundry and begging them to read your posts, like your pages and whatever else, is something akin to going to the toilet and leaving the door open. Nobody likes that.

Be sure to network with brevity, introduce yourself to people quickly and get to the point fast. Nobody wants to read an essay and people especially don’t want to hear from someone offering nothing in return. Be helpful when reaching out, especially when starting out and forging connections. A simple share from another blogger can open traffic doors like no other.

Now that I’ve laid out some of the more above board ways of doing things, I’ll just throw in a nice little trick that’s helped worked for me in terms of traffic and traction.

There’s nothing more effective than leaving a comment, post or diatribe that plays on people’s emotions. Yes, it’s a little bit dirty, but if you can handle the backlash, and see it as nothing more than a tool, then you too might be able to harness it effectively to get a buzz surrounding your blog too.

And then on the seventh day God rested, all hell broke loose and search engine optimization was born. Or so the story should go.

Still the biggest, most reliable source of traffic, search engine hits – and the science behind it – should be your primary focus. I’ve left it until last as condensing it all into a post this size is an impossible task. Getting to grips with it is however? A whole lot easier.

The de-facto travel blogging guide I always refer new bloggers to is SEOMoz’s Free Beginners Guide, but, if you’re going all out, it also makes sense to pay attention to blogs like SEOBook and Search Engine Land too.

Hopefully by implementing some of these tips you’ll be well on your way to stealing my travel blogging crown.