Private lslands and San Francisco apartments for the same price

San Francisco’s property prices are as steep as its hills – for a relatively modest two bedroom apartment you would need to have around $1million to spend, plus real estate charges, tax and all the usual moving expenses. This makes the city one of the most expensive places in the world to settle down, but with Silicon Valley just round the corner and the Napa Valley vineyards a few miles inland, it is set to remain a desirable location for many years to come.

If you have $1milllion going spare, you can get a lot more for your money by looking further afield. We’ve found seven beautiful private islands costing $1million or less –all offering the sort of peace and tranquillity you will never find in a city centre apartment, no matter how expensive it may be. 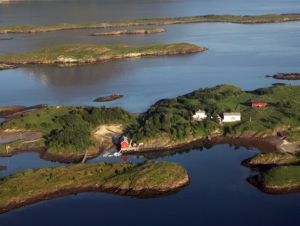 Situated just off the North West coast of Norway, Krokholmen comes complete with a number of fully equipped picturesque cabins and larger houses. The fishing is reliably excellent, and the island is just a short boat ride away from the town of Bodo. 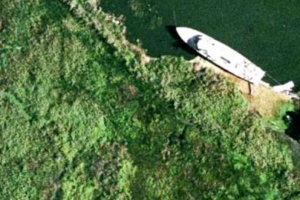 If your heart really does belong to San Francisco, why not base yourself in your own private island in the Bay Area. Beaver Island is close to Cascade Wonderland Highway and just west of Trinity National Forest, and comes with its own water, electrical and sewer connections. 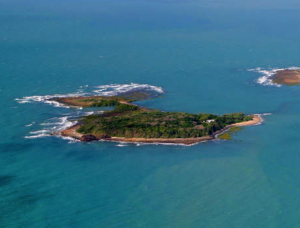 Just north of the Great Barrier Reef, this secluded sandy island has its own rainforest filled with exotic flora and fauna. It is accessible by boat from the major city of Mackay, and even has its own airstrip to accommodate private planes. 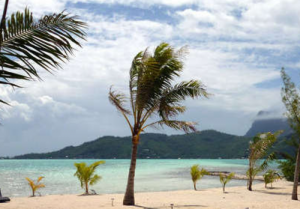 Bora Bora is on most people’s wish list of dream destinations – but for less than the cost of a 1-bed Russian Hill apartment, you can make your holiday last forever. Moute Iti is small (4500m2) but perfectly formed, with traditional Tahitian architecture, warm water lagoons and white sandy beaches. What’s more, it is just a 5 minute boat ride from the local airport making it particularly visitor-friendly. 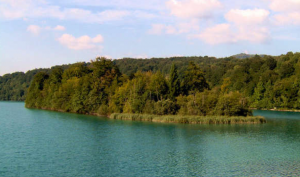 Set in the midst of the stunning Plitvice Lakes National Park, Plitvice Island is the only island in the vast Lake Kozjak. It is a haven for wildlife including brown bears, eagles, wolves and wild cats. The only catch is that Croatian law doesn’t allow you to build property within national parks. Nonetheless, as the owner of Plitvice Island you would own your very own piece of a UNESCO World Heritage Site – and how many people can say that? 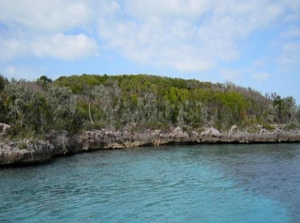 The desert island paradise of Little Gaulding Cay sits in the middle of the popular Berry Islands chain, just north of Nassau. A rarity in the Bahamas, Little Gaulding Cay has safe and shallow waters as well as deep water access, so it is accessible by large yachts as well as local boats. The waters are crystal clear, and the snorkelling is second to none. 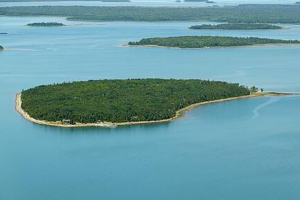 Just south of the Canadian border, in the serene Lake Huron, Big Trout Island is both remote and homely. For less than a million dollars you will get the run of the 30 acre island (including a private harbour and wild woodland) a stunning two-bed house, and a one-bed cottage for guests. If you’re feeling really flush, the neighbouring Big Trout Island 2 is also for sale, at a mere $850,000.