Welcome to the Top 10 Best of British Travel Blogs round of the MyTravelMoney.co.uk Travel Blog Awards – and what a great round it is!

We’ve come over all patriotic after reading some of these jolly spiffing British blogs. Congratulations especially to Anglotopia, Smitten by Britain and Discovering London, whose authors are our well-deserving gold, silver and bronze winners. 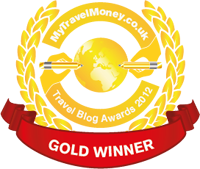 1) Anglotopia – found tweeting @anglotopia
Now here’s a blog for people who really love Britain – and British culture. It’s a retro smorgasbord of everything that’s fab about our nation, from its cult TV classics like Fawlty Towers and Dr Who, to British literature, days out and staycations. There’s a Dad’s Army type feel about it and you can’t help but be transported back to wartime Britain at the height of the Keep Calm and Carry On era. Whether it’s a bit of nostalgia, the UK’s top camping hotspots, or the new ride at Center Parcs you’re interested in, you’ll find it all here. But most of all, it’ll make you proud to be British. We think it’s a uniquely brilliant blog and have ranked it number one. So there! 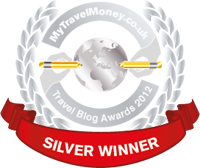 2) Smitten By Britain – found tweeting @SmittnbyBritain
This blog is penned by an American travelista, who used to live in England, and celebrates all that is good about dear old Blighty, from current events, including the Olympics; tea, tea traditions and tea accessories; the Royal family, and Britain’s B&Bs, as well as covering life as an ex-pat both in the US and in the UK. It’s colourful, incredibly patriotic and dubs itself ‘Home of the Britophile’. We think it’s a great insight into British culture and can see why those in America would be fascinated. It’s also a great place to get your Union Jack fix. It gets a silver medal from us! 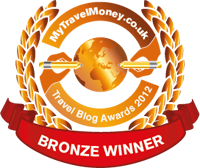 3) Discovering London – found tweeting @PeteBSW1
Yes, Discovering London is a website to promote Peter Berthoud’s London Walking Tours but the blog which comes with it is one rarely seen – despite shed loads of competition from hundreds, if not thousands, other travel blogs. Peter doesn’t just share the highlights of his guided tours but he gives a real insight into historic London, complete with black and white stills. He gives a rare glimpse of the city’s past, depicting Westminster’s street markets, how the Thames once was, and alternative attractions to see and experience. Anyone who’s passionate about finding out more about the city of London should have a read – whether you’re planning a visit, live there or have no intention of going at all. We might also suggest that it’s a great supporting tool for school history lessons. Needless to say, it’s our bronze winner. 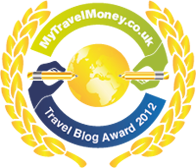 4) Britain Outdoors
Hats off to Britain Outdoors for inspiring Brits to get up, out and active in their native country! Britain Outdoors is a blog about all the great things there are to see and do outdoors in the UK and is based on 20-something Rachel’s personal experiences. She covers practically every activity you could imagine, including climbing, camping, cycling, running and family holidays. What’s more, she even provides lots of useful links to other like-minded blogs and features some ace photography to boot.

5) British Travel Blog – found tweeting @brittravelblog
British Travel Blog is a calendar-style journal of things to see and do in the UK’s major cities and beyond. It’s well-written is and a great resource for anyone planning a mini-break, day trip or extended holiday because it’s regularly updated with lots of useful inspiration and advice. It even offers handy insights into the likes of caravanning in the UK, using Smartphones while travelling through Britain, and social versus normal travel.

6) Traveling Savage – found tweeting @travelingsavage
In its own words, this blog is all about ‘exploring Scotland and getting scotched’. Follow Keith Savage as he travels around Scotland ‘with a pen in his hand and fire in the belly’ for great – and often chilling – coverage of this historic land, which has captured its author’s imagination since he quit his desk job in Vancouver. This isn’t just a blog, it’s a journey, but we won’t give too much more away. Have a read for yourself.

7) Travel Like a Brit – found tweeting @travellikeabrit
Travel Like a Brit reveals lots of simple things to do in London that perhaps you hadn’t contemplated. Rather than list lots of attractions, ‘must-sees’ and trendy hang-outs, this blog takes you on a guided tour of enjoying the capital – and parts of Europe – like a local. From where to have coffee, have a picnic, soak up the sun and shop at the markets, this blog is a handy little guide – and we love that its suggestions don’t cost a fortune.

8) The British Traveler Blog – found tweeting @BritishTraveler
Steve Langley, who’s based between Phoenix and London, is the author of this British blog which covers travel to and around Britain. A Londoner at heart, Steve is always looking for new and unique places to feature on the site and encourages people to get in touch with suggestions. The blog is pretty colourful and well penned – even if it does seem to be targeted more at an American audience.

9) The Edinburgh Blog – found tweeting @edinburgblog
You could argue that this is more of a lifestyle or foodie blog and you might be right but it’s one of the best Scottish blogs we came across on the net. Our only concern, however, is that it hasn’t been updated for a couple of months. But we like it so much we’re hoping that this little honour will help propel its author into action once again. After all, who else is going to keep us abreast of all the great up-and-coming places to dine in Auld Reekie?

10) The British Traveller
This blog is jam-packed with great information but the design lets it down a little. However, if you can look beyond the bland layout and limited images, you’ll find a nice round-up of great days out to be had across England, Scotland, Wales and Northern Ireland. We love its honesty and plain talking so just had to give it a mention. Therefore, it squeezes into our list at number 10.

Well done to all our winners and finalists, who are invited to download their badges of honour here.

To flag your blog up for inclusion in our awards, please email [email protected]